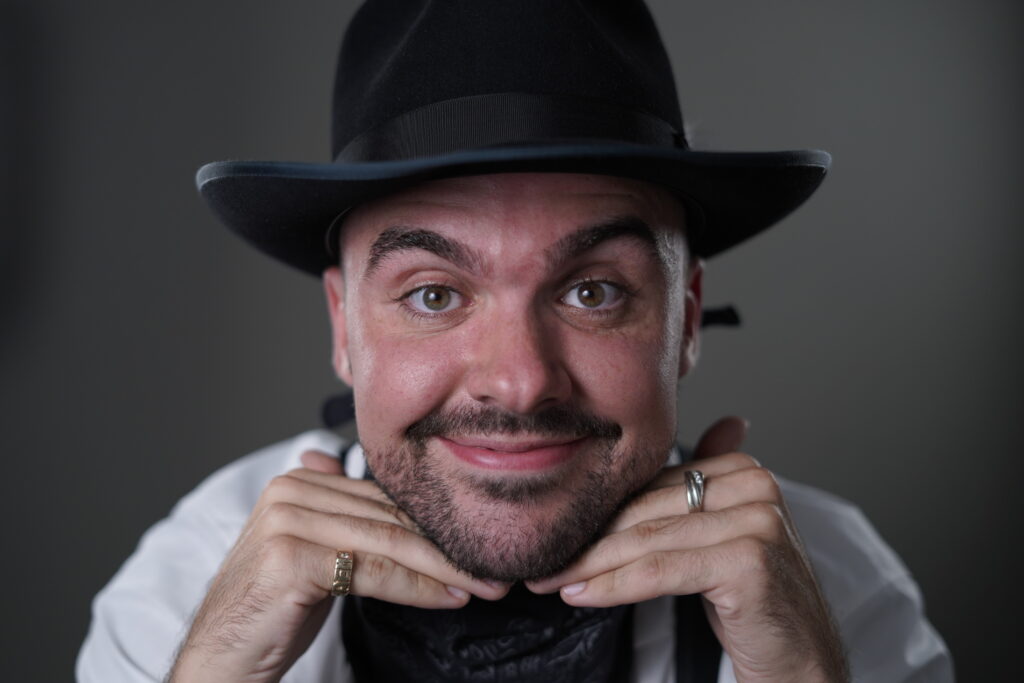 While usually playing fictional characters, Andrew is no stranger to being himself on stage. Andrew’s first opportunity to host a large show was in 2007 at Magical Rhythms, an Edmonton variety show that Andrew served as co-producer and MC for for five years. Andrew’s experience includes a public speaking course from the University of Lethbridge and hosting a bevy of live shows and fundraisers in Toronto, including a monthly tap jam that is currently on hiatus due to COVID-19.

Andrew’s flair for comedy can be attributed to his upbringing. As the son of  Marilyn and Laurie Merrigan, two incredibly funny and creative people, they encouraged his ham-bone nature early on, and that encouragement lead to his move to Toronto where he began studying comedy at The Second City. There he has studied comedy as an improviser, writer, and stand-up comic and continues to find opportunities to collaborate with extremely funny people across Canada, including producing and hosting comedy/variety shows in downtown Toronto. Most recently, Andrew has completed a comedy/mockumentary screenplay centered around a disgraced, former Canadian tap dance champion entitled Rhythm and Blues: A Tap Dance Life and has also appeared at live comedy venues as the main character. The project is currently in development.

Watch Andrew’s first-ever stand-up performance at The Second City below: